The Israeli clothing chain Fox is only a few months away from opening a local franchise in Ramallah.

Many local Arabs are outraged that an Israeli chain is opening in territories under their control, as it increases normalization between Jews and Arabs. Furthermore, it goes against the boycott that Abbas has called against all Israeli products.


On the other hand, the Arabs apparently would have no problem with Bar Rafaeli being the local Ramallah branch spokes-model, as she has not served in the IDF. 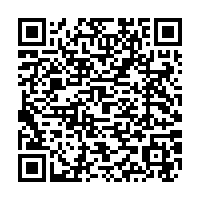