Legendary Chassidic musician and vocalist Yossi Piamenta, z’l, passed away Sunday afternoon in Brooklyn after a long and devastating illness.

He is to be laid to rest Monday night in Jerusalem; the funeral is set for 10:30 pm at Shamgar funeral home. An earlier funeral was held at Shomrei Hadas funeral home in Boro Park, Brooklyn.

Known throughout the world of secular music as the “Hassidic Hendrix” Piamenta, 64, was a 14th-generation Jerusalemite who eventually made his way to New York, where he began his career by playing with saxophonist Stan Getz. He performed in venues large and small, Jewish and secular around the globe.

He was admired by thousands of fans, both Jewish and Gentile, for his smooth technique and his faithful adherence to his Jewish faith regardless of where he was performing.

His loss has left this world an emptier place, and his musical presence has undoubtedly brought rejoicing to the heavenly host. May we merit to hear only good news in future. 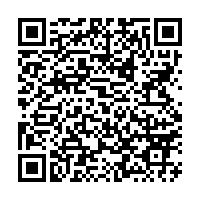