Most Americans stand with Israel in the Israeli-Arab conflict—with 59 percent of them sympathizing more with the Jewish state (representing a historic low since 2009), whereas 21 percent sympathize more with the Palestinian Authority Arabs (a historic high), according to a Gallup poll released on Wednesday.

This development comes as anti-Israel sentiment has affected the 116th Congress with members such as Rep. Ilhan Omar (D-Minn.) making remarks and issuing tweets that have expressed anti-Israel bias and anti-Semitic tropes.

The poll was conducted Feb. 1-10, 2019, prior to Omar’s latest remarks, accusing her “Jewish colleagues” for attacking her and Rep. Rashida Tlaib (D-Mich.) for labeling their criticisms as anti-Israel because of the Muslim faith of the two congresswomen, in addition to slamming her critics regarding “the political influence in this country that says it is okay to push for allegiance to a foreign country.”

This evoked condemnation from both parties and from outside groups, including many in the pro-Israel community.

Democratic House leadership is preparing to schedule a vote on a resolution condemning anti-Semitism that reportedly could come as early as March 7. The resolution is not expected to call out Omar by name. Democratic members, including the Congressional Black Caucus, have objected to the measure.

Nonetheless, the same poll has 76 percent of Republicans sympathizing more with Israel, a decrease from 87 percent last year, while 43 percent of Democrats say the same, a decrease from 49 percent in 2018. The views of political independents remain unchanged at 60 percent. 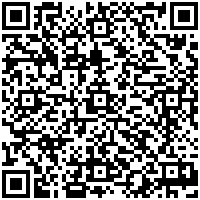