The price of gasoline in Israel is again likely to rise next month when a temporary cut in the excise tax on fuel ends on December 1, according to the Globes business news site.

Unless that cut is extended again — it was extended for the final two weeks of November — the price of fuel will jump again.

The news comes as the Bank of Israel Monetary Committee mulls the option of once again raising the interest rate. Such a move would be the sixth time this year the Bank has decided to raise the rate. Analysts are split on whether such an increase would be 0.5 percent or 0.75 percent.

An announcement on the Bank’s decision is expected on Monday (Nov. 21). 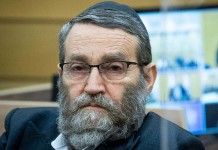