A Cologne district court ruled on Tuesday that parents may not have their sons circumcised for religious reasons. The ruling has angered Muslims and Jews.

Non-medical circumcision is a “serious and irreversible interference in the integrity of the human body,” the court declared, essentially criminalizing religious circumcisions performed by Jews and Muslims, the Financial Times Deutschland newspaper reported.


The court now considers circumcision a crime of bodily harm.

The court decided that a legal guardian’s authority over a child does not allow them to subject the child to the procedure.

Also, the court rejected the notion that religious freedom, which is protected by law in Germany, should permit a guardian to make such decisions for the children in their care.

German doctors performing circumcisions that are not medically necessary could claim, until this ruling, that they were unaware that performing a circumcision is a crime, writes the Financial Times Deutschland. This is no longer the case, said.

Before the Cologne district court was a case against a Muslim doctor, who performed a circumcision on a four-year-old boy at his parents’ request. Two days later the child started to bleed and was taken to hospital.

German authorities launched a criminal investigation against the doctor. The original court trial ruled in favor of the doctor, but the local prosecutor appealed to the Cologne district court.

Tuesday’s decision sets a precedent, which may affect medical and religious practice across Germany.

Because of the involvement of religious rights in the case, experts have suggested the case will be further appealed to the Federal Constitutional Court.

Holm Putzke of the University of Passau, who has been advocating for years against circumcisions, told the Financial Times Deutschland that “the court has, in contrast to many politicians, not allowed itself to be scared by the fear of being criticized as anti-Semitic or opposed to religion.”

He added: “This decision could not only affect future legal rulings but in the best case it could lead to a change of consciousness among the affected religions when it comes to respecting the basic rights of children.”

The possibility of a legal ban on circumcisions is causing outrage among Jewish and Muslim organizations in Germany.

“The Court’s decision is unacceptable and gravely violates religious freedom,” says Rabbi Aryeh Goldberg, vice president of the Rabbinical Center of Europe. “The decision is contrary to human rights charter of the European Union, to which the German legal system is committed, and undermines the basic right to worship in the German Constitution.” 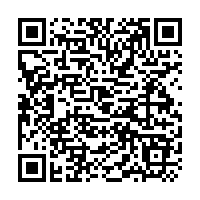