Jeremy Gimpel, the American-born candidate, who came up just shy of a secure spot on the Jewish Home party’s Knesset list after mounting a vigorous primaries campaign will chair the party’s English-speaking campaign, which was announced today.

“We will focus our campaign on the values the Bayit Yehudi represents,” Gimpel said. “We plan to  communicate that the party is no longer a sectoral party for the religious but the only ideological Jewish Zionist alternative today.” 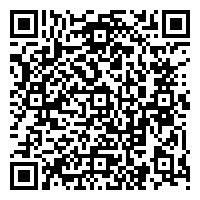