Governor Andrew Cuomo on Tuesday vetoed a bill that would have made it possible for many special-education students to be placed in private schools using public funds, the NY Post reports.

Under the school districts would have been obligated to consider a child’s religion when placing them in a school.


Under the current law, families of special-education students are able to get tuition reimbursement from the government if nearby public schools do not provide the services their child need.

According to Cuomo, the new bill created new criteria that were too open-ended.

Catholic and Orthodox Jewish groups had lobbied for the bill, arguing that children learn best in settings that resemble their home environment.

Public school advocates lobbied against the bill, saying it would start a slippery slope towards a voucher system.

“This bill unfairly places the burden on taxpayers to support the provision of a private education,” Cuomo said in his veto message.

He argued that the measure would “result in incalculable significant additional costs to be borne by every school district and taxpayer.”

The bill gave school districts 90 days to act on parents’ requests and 30 more days to reimburse the family for their child’s private-school tuition. 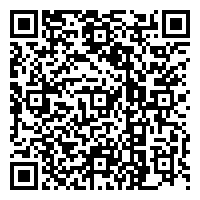