A group of masked gunmen claiming affiliation to Fatah’s military wing warned on Thursday that they would fight back against the imprisonment of their members by Palestinian security forces, Ma’an reports.

In recent months, Palestinian security forces have launched a large-scale mission to confiscate illegal weapons in the Jenin and Balata refugee camps.


Parading through Nablus’ Balata refugee camp, firing into the air with semi-automatic weapons, the group insisted they were only defending Fatah leader President Mahmoud Abbas against a takeover of the West Bank.

President Abbas is officially the commander in chief of the PA security forces, but the gunmen said they were acting to defend the president against “the enemies of Fatah and the enemies of the Palestinian people.”

At a press conference in Balata, a masked representative appealed to Abbas to form a committee of inquiry to examine what he described as an arrest campaign targeting Fatah members across the West Bank.

They called for Palestinian National Security chief Maj. Gen. Nidal Abu Dukhan and other security heads to be held accountable.

“They have two choices, to live in dignity or die with honor,” the representative warned.

According to Ynet, the group announced the establishment of “the army of free fighters.” The new army celebrated the occasion by holding a march at the camp during which they fired in the air.

After an attack on Jenin Governor Kadura Musa’s house, in which Musa was not hurt in the incident but later that night died of a heart attack, the PA security forces launched their operation of rounding up suspected gunmen and taking away their guns.

Those raids involved fire exchanges with the gunmen, some of whom, according to Ynet, are former members of Fatah’s military wing the al-Aqsa Martyrs Brigades.

The Fatah gunmen’s anxiety may stem from the common view in Arab Judea and Samaria, that Hamas rule in those areas is just around the corner. 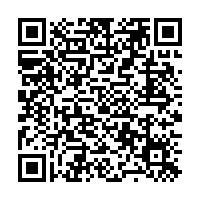