A Hamas official captured by the Shabak (Israel’s General Security Service) last month spilled the beans during his interrogation on how Hamas operates and is funded, particularly in Jerusalem.

Mahmoud Toameh was caught trying to sneak into Israel from Jordan, the Shabak announced on Thursday.


One of the more important pieces of information Toameh revealed was how Hamas works with the Israeli-Arab Islamic Movement to keep Jews off the Temple Mount – the Jewish people’s holiest site.

Hamas pays hundreds of men between NIS 4000 to NIS 5000 a month to always be on the Temple Mount and to harass and throw stones at Jews who go up to visit the holy site.

JewishPress.com has published more than once these past few months, photos of Muslims waving Hamas flags on the Temple Mount, after rioting.

One of the ways Hamas receives money from overseas is through real estate deals originating in Saudi Arabia and the Gulf States. Iran was a major funder of Hamas, until it couldn’t afford to anymore. But with international sanctions quickly falling by the wayside thanks to the US, that could quickly change, and we can once again see Tehran funding Hamas.

And of course, one is not surprised to learn that Hamas is also linked to the Muslim Brotherhood. 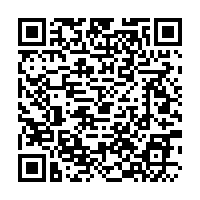