Hamas Prime Minister Ismail Haniyeh, in the midst of a tour of Arab countries, spoke to a raucous crowd in Tunis and assured them that Hamas would never relinquish its arms, its territory, or its role as the guardian of Palestinian claims to Jerusalem. The crowd responded with chants of “Death to Israel” and “the army of Mohammed is back,” according to AFP.

The Islamist Ennahda party, which recently won the Tunisian elections, organized the rally. 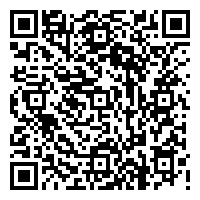