A Hebron resident summoned for routine interrogation was asked to sign a restraining order banning him from Mitzpe Avichai, an outpost of Kiryat Arba-Hebron. When he refused, he was arrested for 24 hours, Honenu reports.

Several days ago A., a resident of Hebron, was summoned for interrogation on Tuesday at the Hebron Police Station. A. arrived at the police station as requested and was interrogated on suspicion of illegally staying at Mitzpe Avichai. According to Police, the site is a closed military zone.

A., who was asked to sign of his own volition a restraining order banning him for 15 days from the site on bail, refused, claiming that the closed military zone order excludes residents of the outpost. According to him he has been living in Mitzpe Avichai for approximately three years.

In response to A.’s refusal the police officer decided immediately to arrest him for 24 hours. A Honenu attorney filed an appeal on the remand and a deliberation will take place in court late Tuesday. 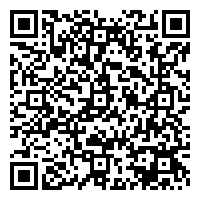