Different people in my life have different reactions to me becoming a Jew.

The secularists and atheists in my life don’t know enough about Judaism to know how big of deal this is, so they tend to look at my journey as a mildly exotic lifestyle choice – like a phase Madonna might go through – before they focus on the real issue at hand: circumcision.


Hardcore evangelicals (whom I love dearly) tend to love Jews and Israel more than just about anyone (there are more Christian Zionists in America than there are Jews in the entire world). They view my pending conversion with a great deal of respect and admiration. The way one might view a friend who has decided to become a full-time priest or pastor.

The Jews in my life?  From them, I get one reaction only:

“Don’t you have enough trouble already?”

In my book, there is no such thing as “enough trouble.” Picking fights with the world’s bad people is my business, and business is good. But I am not becoming a Jew to bring more trouble into my life. If more trouble comes, I’ll face it. But I’m not a masochist.  I’m an ethical monotheist.

After my Jewish friends are done trying to talk me out of their tribe, they admit, “you’re pretty much a Jew already,” or “you’re more Jewish than most Jews I know.” They’re right in one sense. They’re talking about Jewish values and ethics. And, if ethics and values were all it took to become a Jew, I could put on a kippah, walk into the end-zone, and join God’s chosen people right now.

Jewish values and ethics are what brought me here. Flipping through Rabbi Joseph Telushkin’s Book of Jewish Values or his Code of Jewish Ethics, for me, is like a kid flipping through a friend’s baseball cards in a playground – “got it, got it, need it, got it” – with a whole lot more “got its” than “need its.”

The hard part for me is learning the Hebrew and rituals, mainly because I have a hard time memorizing. So that’s what I’m focusing on now. A friend of mine, who converted to Judaism, said that I’ll always feel like I’m struggling to catch up to the Jews who grew up immersed in Hebrew and rituals.

Which is fine by me. Because, even though I came to the Torah with more “got its” than “need its,” I still feel like a child who has a world of learning ahead of me. Like a wall that gets bigger the closer you get to it. Even should I live to 120 (God willing) I’ll never reach the end of this journey.

Which is a good reason to start this journey now. 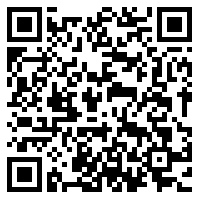