But there are those who won’t pretend to honor the memory of the Holocaust. These are typically ones who are not in positions where the general public can have an impact on their bottom lines, as is the case in the media, or with public officials.  A good example of such people are academics – and their game of Holocaust inversion goes one step beyond simply calling Israel the New Nazis.

For instance, in response to calling the Sunday Times Scarfe cartoon being published on Holocaust Remembrance Day “obscene,” a political science professor from Carleton University in Canada, who is also a blogger at Haaretz and the Daily Beast‘s Open Zion wrote, “It’s obscene.  But so is the wall/barrier trapping Palestinians and ignoring the Green Line, as Israel maintains Occupation.”


When pressed about whether it was appropriate to run the cartoon on that day, the professor, Mira Sucharov, wrote that it was, and that she didn’t think “mourning the Holocaust should make any day immune from decrying justice.”

Finally, her interlocutor metaphorically threw up his hands, and wrote that for Haaretz writers, the “occupation” is bigger than anything else, “even common sense.”  To this, Sucharov responded, “I think you’ve reversed the logic.  The Holocaust obscures discussion of anything involving Israeli culpability.”

Professor Sucharov discounts the wounds of the Holocaust because she sees what she calls Israel’s “occupation” as being equivalent, if not worse.  It’s the same for MP Ward and for the Sunday Times editors.  But a bizarre twist is that Professor Sucharov has a Jewish bully pulpit from which to preach moral equivalence between the Nazis and the Israeli government, in addition to her academic position.

According to her bio on the Carleton University website, Mira Sucharov writes a regular column in the Ottawa Jewish Bulletin and Vancouver’s Jewish Independent, and won an award in 2010 from the American Jewish Press Association for a column on Holocaust education and Israeli foreign policy.  That article was critical of the organizers of the March of the Living because its organizers connect it too closely to Israel.  She writes,

There is a potential problem with introducing youth to contemporary Israel on the heels of sending them to witness the remnants of humanity’s darkest moments. If the message is that the existence of Israel safeguards the “never again” imperative of Holocaust remembrance, then our generation’s youth may conclude that Israel is justified in taking any action in the name of security to protect Jews worldwide.

Sucharov fears the “continuing blockade over Gaza,” and the “daily humiliation and collective punishment” of the “Palestinians” by Israel may seem acceptable to impressionable adolescents who have just learned about the horrors of the Holocaust.  But Sucharov’s Holocaust narrative is used to prove that whatever happened to Jews during World War II is not enough to forgive the Jewish State its right to self-defense.  And that message is sounded even on the official Holocaust Remembrance Day.

UPDATE: Rupert Murdoch, who owns News Corporation which owns News International, the owner of the Sunday Times, issued an apology via twitter for what he called the “grotesque, offensive cartoon” in yesterday’s paper.

Waiting to hear if the spokesperson for the Sunday Times who issued the earlier non-apology suffers any consequences. 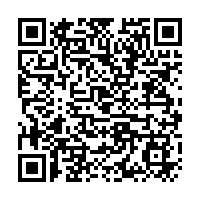