(JNi.media) Israelis have been feeling the heat lately, and not only over tensions erupting from the Iran nuclear deal. There has been a heat wave in Israel that is disrupting traditional vacation plans with temperatures rising to over 34 degrees Celsius or 93 Fahrenheit, although the torrid days in the Holy Land are nothing compared to the world record breaking heat in the Iranian city of Bandar Mahshahr, which has reached 74 Celsius or 165 Fahrenheit, when factoring in humidity.

The heatwave in Israel hit Sunday and is expected to stay around until mid-week, with temperatures in most places above 30 degrees with 80% humidity. Travel advisories have been issued discouraging nature hikes, and some hiking trails have been closed down. This is an inconvenience to many Israelis, since this period is traditionally devoted to vacations. Those in the south of the country seemed to have the biggest reason to kvetch, with their local temperatures rising to 46 Celsius or 115 Fahrenheit, but, again, all Israelis could console themselves that certain Iranians have it much worse.


Bandar Mahshahr, located on the Persian Gulf, is home to 110,000 people. Accuweather meterologist Anthony Sagliani said it was the second highest temperature ever recorded in the world.

The highest temperature on record was 178 degrees Fahrenheit or 90 Celsius in Dhahran, Saudi Arabia, in 2003. Bandar Mahshahr is consistently hot, and got as high as 159/70 degrees before the latest, record breaking reading.

The high temperature of the water in the Persian Gulf increases the humidity, which makes the heat more intense. In addition, a “heat dome” or a high pressure ridge is expected to stay in the area for the next few days.

The heat conditions across the Middle East may call to mind a popular Facebook meme, “Satan called. He wants his weather back.” 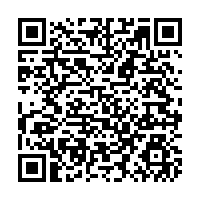