Evangelist and former presidential candidate Mike Huckabee, speaking at a “Celebrate Life” forum at a Iowa church Saturday, described abortion in the United States as an “incredible holocaust of our own” by having killed approximately  55 million embryos.

He said he was shocked at last year’s Democratic National Convention, where “speaker after speaker” said that most important issue was not the economy, terrorism, peace from enemies, the education system, lack of energy resources that make America slaves to some Middle Eastern tyrant who takes our money by the wads and then turns around and spends it to use against us to murder us and kill us in the name of a perverted faith.”

“No, that wasn’t the most important issue,” Huckabee continued.

“The most important issue was, ‘I want to be able to take the life of my baby and I want someone else to pay for it.’”

During a 30-minute speech, Huckabee he returned from Israel last week, where he said he often takes people to the grave of Oskar Schindler, the Nazi German businessman who saved about 1,200 Jews by employing them in his factories.

“Huckabee compared the Holocaust to abortion — the killing of humans who represent an inconvenience.” the Des Moines Register reported.

Tzohar’s Rabbi Cherlow: Ultimately, Decision on Abortion Is Up to the Parents 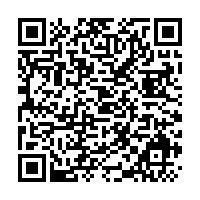