Three months after the IDF chief officer in charge of education and youth programs had recommended disengaging military rabbis from swearing-in ceremonies for army recruits at the Western Wall, on Thursday evening one such ceremony was conducted–minus the IDF rabbi, Israel’s Channel 2 News reported.

The recruits at the swearing-in belonged to the infantry’s Givati Brigade.

They stood at the Kotel plaza with their shiny, purple berets, and listened to a rousing speech from the chief education officer, Brigadier General Avner Paz-Tzuk, rather than from the usual speaker on these revered occasions, an IDF rabbi.

Some of the recruits being sworn-in Thursday are serving in the Givati Chareidi battalion.

A military source confirmed the above details, but explained that the change was due to scheduling constraints.

Rabbi Shmuel Rabinovitch, who is in charge of the Western Wall, told Channel 2 News that he plans to hold a discussion with the IDF on the change in the status quo prevailing at the swearing-in ceremonies.

“These attempts to damage the authority of the IDF rabbinate to connect Israeli soldiers with Jewish values damage the IDF’s strength and esprit de corps, and [ultimately] Israel’s security,” Yogev said.

Shortly before his retirement, last April, IDF Chief of Staff Lt. Gen. Benny Gantz appointed Paz-Tzuk with an agenda that was described by Haaretz at the time: “The new chief education officer, Avner Paz-Tzuk, will have to rehabilitate a branch of the service that has taken blow after blow in the struggle with the military rabbinate.”

The struggle over the authority of the IDF rabbinate in promoting the Jewish character and tradition of the Israeli military is not limited to ceremonies. The new chief of staff, Major General Gadi Eizenkot, is expected to reduce the powers of the army’s chief rabbinate and to limit its involvement in “educational” activities that the education division claims as its own.

According to Haaretz, Eizenkot instructed the army’s HR unit to conduct a thorough investigation regarding the division of powers between the chief rabbinate and the education corps, two branches which have traditionally been in constant conflict.

For years, according to media reports, there has been an increased involvement of the chief rabbinate in initiatives and programming for IDF soldiers, including tours of traditional Jewish sites in Israel, often in opposition to the secular-oriented programs run by the education corps.

This has infuriated many far-left members of Knesset, who have argued that the rabbinate is interjecting Jewish values into soldier education.

Former IDF chief rabbi, General Israel Weiss, joked bitterly in an interview with an Israeli radio station: “We are in idyllic reality, the land has been quiet for forty years, there’s no Iran, no terror, no mortars, everything is just fine—now there’s only one problem remaining to be solved, the status of the military rabbinate, which we’re giving top priority.”

“I would have refused an order regarding such an issue [to replace the rabbi with an education officer for the ceremony],” Weiss said. “I’d have put my keys on the table and walked away.”

Weiss recommended that his successor at the IDF rabbinate, General and Chief Rabbi Rafi Peretz, who also served as a combat helicopter pilot, do just that—demand an explanation from the chief of staff, and, should it turn out that the military brass is, indeed, looking to make the Israeli army less Jewish—he should walk. 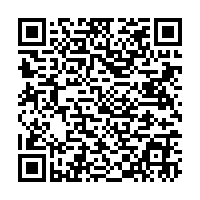