The IDF is currently investigating how the terrorists in Sunday’s’ attack managed to drive one of their commandeered armored vehicle 2 kilometers into Israel until the IAF blew it up. In the strike, six terrorists, armed with suicide belts, were killed, while an additional two, who tried to escape on foot, were shot by IDF soldiers.

The second commandeered armored vehicle blew up on the Egyptian side of the border. 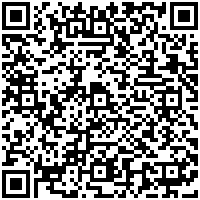