The Chief of the General Staff, Lt. Gen. Benny Gatnz discussed Thursday the rocket fire that hit the city of Eilat in southern Israel Wednesday night, and described the incident as an “extremely severe act of hostility.”

During his speech at the Chief of the General Staff’s outstanding officers ceremony, Lt. Gen. Gantz said that “whoever tests our strength, from both far and near, from the Gaza Strip or the Sinai Peninsula, or any other place, will find himself facing a powerful and ingenious military, prepared to defend Israel and overcome its enemies.”


Lt. Gen. Gantz added that those planning and executing terror attacks against Jewish targets worldwide, among them the attack in Toulouse, France, are intently watch by the IDF as well. “We know the source of these terror attacks. Those behind the hatred and terror attacks must know that whether in the Gaza Strip, in Lebanon or anywhere else, the State of Israel eventually reaches anyone attempting to harm Israeli civilians and the Jewish people,” stressed the Chief of Staff.

Regarding the rockets that hit the tourist city of Eilat in southern Israel last night, Kochavi confirmed that the rocket fire originated in the Sinai area and that the incident “represents that drastic change the region is going through. Terror organizations continue to increasingly base there, constantly strengthening their grip.”

But the real problem before the IDF is not military but political. With the swift changes in the regime in Cairo and, consequently, the tenuous diplomatic relations between Egypt and Israel, any direct Israeli action to curb terrorist groups in the Sinai could be interpreted by Egypt’s new rulers as a violation of the 1979 peace agreement, leading to a crisis which could get out of control.

And so, while Israel has been able to chase with impunity after rocket launching terrorists in the Gaza strip, it must be very careful in operating against similar groups in the Sinai

Maj. Gen. Kochavi addressed the role of the new IDF Intelligence officer and said that “We must gain experience and prepare for new frontiers in order to overcome threats and the regional security imbalance characterizing the region in recent years. The mission we are all faced with is becoming increasingly complicated every day.”

“The reality is rapidly changing at a pace much greater than in previous years and decades, and is becoming multi-dimensional and more complex,” he added. “In the face of such issues, advanced analysis capabilities, deep thought, as well as innovative and original perspectives are essential.”

According to a recent Reuters report, after Egyptian President Hosni Mubarak’s removal from power, the rule of law has collapsed in much of Sinai, leaving a vacuum where Islamist militant groups are thriving, threatening both Egypt and Israel, and casting doubt on the safety of the Suez Canal.

Hardline Islamists are imposing their own authority in towns where police stations have closed down since Mubarak’s downfall. They preach a fundamentalist interpretation of Islam, with religious intolerance beyond what is practiced in the most conservative Islamist states.

Egypt has already paid dearly for its inability to control the Sinai, as pipeline exporting Egyptian natural gas to Israel and Jordan has been blown up 13 times in the last year. 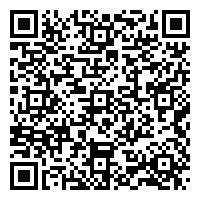