The Israeli military posted a salute on social media this week to the female IDF soldier who spotted four armed Arab terrorists infiltrating into Israeli territory from Gaza to carry out an attack on nearby civilian Jewish communities.

Tonight we salute Sgt. Y & hundreds of IDF soldiers who monitor Israel’s borders using cameras & other technology. Today she spotted 4 armed terrorists on their way to carry out a brutal terror attack in Israel.

Because of her they were stopped. And innocent lives were saved. pic.twitter.com/z4KnXvQciF

That soldier and hundreds of others like her monitor Israel’s borders with cameras and other electronic technology, 24 hours a day, seven days a week. “Because of her they were stopped,” the IDF said, “and innocent lives were saved.”

All four terrorists, armed with AK-47 assault rifles, RPG grenade launchers and grenades, were neutralized by IDF soldiers once one of them crossed into Israel.

The soldiers had been alerted to their presence by the female IDF sergeant who was monitoring the border, just a short distance away. 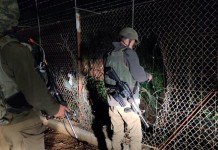 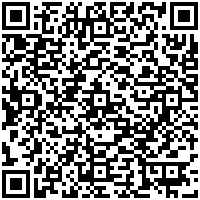