Dozens of mayors from around the world have called on the kidnappers of Eyal Yifrah, Gil-Ad Shayer and Naftali Frenkel to release the hostages “immediately and without condition.”

In an open letter to Prime Minister Netanyahu, more than 30 mayors, representing Berlin, Frankfurt, Buenos Aires, Sarajevo, Marseilles, Nice, Entebbe and farther afield, the mayors condemned the abduction, saying  “the boys’ abduction as kidnapping as well as taking hostages is a violation of the international law.”

In addition, the mayors said “It is our firm belief that at no time and under no circumstance should children become the victims of such an inhumane and unjust way of action… as adults, we have a moral responsibility to protect all children and ensure their safety and security.

“Again, with that in mind, we call on all involved to immediately release, without conditions and safely return the three boys.”

The letter was prepared by participants in the 29th Israel International Mayors Conference, an annual event that draws mayors from around the world for a week-long seminar to brainstorm and discuss issues that challenge urban communities in a range of diverse fields, including efficient water management, traffic control, urban innovation, cyber security and more.

Opening the meeting this morning, Netanyahu said Israeli security forces arrested dozens of Hamas terrorists, including some who were released in the framework of the agreement to return Gilad Shalit, and praised all branches of the security apparatus.

“I praise the soldiers and commanders – from the IDF, ISA and the Israel Police. They have done, and are doing, excellent work. As soon as the Cabinet made its decision, they successfully carried out this complicated mission in less than a day. We are in the midst of a wide-ranging operation. It will yet include many actions against the terrorists that attack, murder and kidnap Israeli citizens and want to destroy the State of Israel.  We are fighting terrorism and Hamas will continue to pay a heavy price for abducting Eyal, Gilad and Naftali,” Netanyahu said.

The conference is sponsored by the Foreign Ministry, the union of Local Authorities and the American Council for World Jewry. 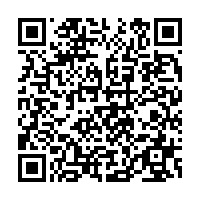