The Palestinian village of Nabi Saleh and it’s inhabitants have risen to prominence again recently thanks to the viral video of a teenage girl biting an IDF soldier who was trying to arrest her brother for throwing rocks.


The stars of the video are siblings, Ahed and Mohammed Tamimi. Ahed, the 14-year-old girl, was first made famous in 2012 after a video of her, allegedly standing up and shouting at IDF soldiers all alone, went viral for the first time.

The 2012 viral video propelled the Tamimi family to international fame. Following the video, Ahed and her little sister Janna were showered with gifts by Palestinian Authority Chairman, Mahmoud Abbasand Turkish Prime Minister, Tayyip Erdoğan. Additionally, Ahed and her family were invited to Turkey by Erdoğan, all expenses paid, and presented with a national bravery award.

Going as far back in the records as December 2009, when the weekly protests in Nabi Saleh began, one will always find a Tamimi sibling, Ahed (14), Muhammed (12) or Janna Ayyad (9) in the center of it all. Corresponding with the start of these well documented demonstrations is the establishment of a private news agency called Tamimi Press.

The news agency and its related social media pages, blogs, internet forums and sites are owned and operated by the family patriarch, Bassem Tamimi and his brother Bilal, prominent Nabi Saleh natives. Since 2012 the news agency’s social media presence has been mainly dedicated to promoting Ahed and Janna who in turn generate the most interest from foreign media and NGOs.

Bilal Tamimi, who coordinates the Tamimi Press social media presence, told Tazpit in an interview in 2011 that he holds a press ID from the PA as well as one from the Israeli B’Tzelem NGO.

The subject matter of Tamimi Press reports and materials seems to revolve predominantly around the regular Friday demonstrations in Nabi Saleh and the Tamimi children at the focus of the many videos and photos.

In 2011, Bassem Tamimi himself was convicted and jailed for inciting minors to commit violent crimes, when he was caught organizing the village kids to go towards the neighboring Jewish village of Halamish and throw stones.

It is those stone throwings and violent marches towards Halamish that regularly prompt IDF arrival to the scene of Nabi Saleh. As soon as the soldiers arrive, witnesses report that stone throwers such as Mohammed Tamimi retreat back and are replaced by the unarmed and photogenic girls and other young children.

Ayelet Vardi, a New York journalist and filmmaker, who attended such a protest in the village in March 2015 told Tazpit: “It was premeditated. It felt like an orchestrated performance. It seemed like the Arabs were intent on reaching the Jewish village, the IDF soldiers were just standing on the road that separates the two villages.”

Vardi described how the children then approached the soldiers, cursing them as photographers and cameramen waited to capture the soldiers’ reactions. “The children confidently kept on provoking, some of them even started spitting on the soldiers,” she said.

In light of this weekly occurrence, the Tamimi family has been criticized and blamed for staging and instigating the events that fuel the publicity of their own news agency. Even a recent article in The Guardian reported that there “is evidence that the Tamimis are acutely aware of the value of such footage in their activism.”

“They [Tamimi family] are creating the very news items they sell to the world,” Eliran Malki, an Israeli blogger who first researched the Tamimi family media business, told Tazpit. The latest Nabi Saleh incident isn’t the first time a Tamimi family member was the subject of his own news story however.

Ahlam Tamimi, who is described by the Hamas military wing as their first female recruit, was a journalism student at the Birzeit University and a part time journalist for a Palestinian news channel in Ramallah. She is also the first cousin of Bassem Tamimi and a Nabi Saleh native.

Ahlam was part of the Hamas terrorist cell which executed the August 2001 bombing of a Sbarro restaurant in Jerusalem, claiming the lives of 15 victims, for which she received 16 consecutive life sentences.

In the 2007 documentary “Hot House”, chronicling the lives of Palestinian terrorists in prison, she is seen recalling how immediately after driving the suicide bomber himself to the target, she hurried back to Ramallah to go on television and calmly report on that same bombing.

Currently, Bilal Tamimi is working on a documentary film titled “The Radiance of Resistance,” with Ahed and Janna as the subject and with the support of the independent Oregon based company, AMZ Productions, while Bassem is on a speaking tour in the United States. 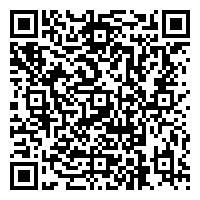