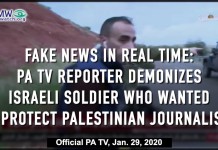 Pallywood TPS / Tazpit News Agency
The officer told the "journalist" to move as he was going to get run over by passing cars. The "journalist" reported that "Palestinians" aren't allowed on the road.

Gaza Video of the Day
The latest from Pallywood in Gaza...

Anti-Israel NGOs Hana Levi Julian
B'Tselem ignored the Arab attempt to burn Israeli motorists with firebombs on the roads of Samaria. Nor did the NGO seem concerned by the 30 Arabs who were trying to kill IDF soldiers.

Analysis: Why Gaza’s Dead Hamas Terrorist ‘Just Loved to Sculpt in the Sand’

Hamas Hana Levi Julian
One wonders how much spare time a tunnel digger actually has these days. Perhaps he has more than we realize.

Pallywood JNi.Media
The Tamimi family expressed appreciation for Abbas’ "policies to attain freedom and independence," because, let's face it, there are a lot of beautiful, shared values there.

Hamas Hana Levi Julian
Israel has indeed attacked Hamas terror targets in Gaza this weekend in response to repeated rocket attacks on southern Israel this past week, but the strikes were limited and “proportional.”

Palestinian Authority Hana Levi Julian
“B’Tselem gives us more than one course on how to deal with that; how to hold the camera, how to behave with the soldiers, how to work with these situations."

Palestinian Authority Palestinian Media Watch
"We demand British Prime Minister May apologize to all Palestinians throughout the world."

Pallywood Hana Levi Julian
The Adelsons are having dinner at the White House with America's First Couple and a source says Israel is on the agenda.

Pallywood Hana Levi Julian
The family of the terrorist stabber killed by IDF Sgt. Azaria demands Israel demolish the soldier's family home as is done to those of Arab murderers.

Pallywood Hana Levi Julian
The city of Trondheim, Norway officially implements an anti-Israel fiscal boycott, and urges its residents to do the same at home.

Security Upgraded for UNESCO Chief After Death Threats Over Jerusalem

Pallywood Hana Levi Julian
The chief of UNESCO has been threatened because she knows the truth: one cannot erase Jewish history from Jerusalem.

Pallywood Hana Levi Julian
British Jews are outraged over the internal Labour Party inquiry results on racism and anti-Semitism among the ranks.

Pallywood Hana Levi Julian
US Secy of State John Kerry tries to keep the dying embers of talks alive with the PA in Paris.

Pallywood Hana Levi Julian
Another public personality from Georgia, this one a former member of Congress, steps forward to fling public anti-Semitism at Israel.

US Congressman Johnson Apologizes for Calling Jews ‘Termites,’ Not Other Remarks

Pallywood Hana Levi Julian
The Georgia Democrat who called Israeli Jews "termites" quickly apologized for "poor choice of words," but not for his other remarks.

Pallywood Hana Levi Julian
The Palestinian Authority leader has failed to govern his people to nationhood and now hopes to rip it by force from history 100 years old.

Pallywood Hana Levi Julian
The last time Israel designated a lot as state land was in August 2014, after 3 yeshiva teens were murdered.

US Secy of State Kerry: ‘Critical to Stop the Incitement, Stop the Violence’

Pallywood Hana Levi Julian
US Secy of State John Kerry agrees with PM Netanyahu at their meeting in Berlin it is "critical to stop the incitement, to stop the violence."

Pallywood Hana Levi Julian
Israel has rejected out of hand a draft proposal by France to internationalize the Temple Mount.

Netanyahu Cancels Trip to Germany Due to Security Situation

Pallywood Hana Levi Julian
PM Netanyahu has canceled a state visit to Germany due to the tense security situation at home in Israel.

Palestinian Child Shot While Playing With Gun, ‘Not by Israelis’

Pallywood Hana Levi Julian
A Palestinian Arab child was killed as a result of a village accident and not by an Israeli as Arabs claimed on Saturday. 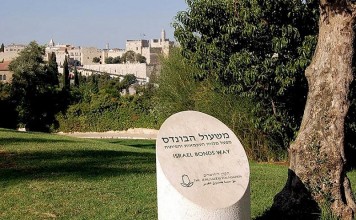 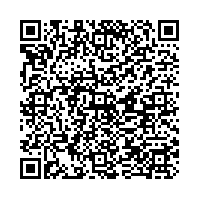