Iran’s current three-day military drill, understood as a thinly-veiled and defiant response to the newest round of EU sanctions on its petroleum industry, may be having the opposite effect, as more experts are coming to the conclusion that Iran’s incessant sabre-rattling and bellicosity seek to mask the obsolete and impotent state of its armed forces.

The military maneuvers, dubbed ‘Great Prophet 7,’ tested “dozens of short, medium, and long-range missiles,” according to Iran’s semi-official Fars News Agency, including its Shahab-3 medium range missile, which – with a range of 2000 km – is purported to be able to hit Israel. The exercise is intended to demonstrate Iran’s ability to retaliate to a US or Israeli attack. But how much of a threat to Israel does an Iranian retaliation really pose?

Tal Inbar, head of the Fisher Institute for Space Studies, interviewed by Israel’s Channel 2, said that the drill revealed no upgrade in the Islamic Republic’s military capability, and instead, was a display of “obsolete” Shahab-3 missiles “that we first saw in the late-’90s, with a shorter range of around 1,300-1,400 km.” The other missiles fired, said Inbar, were of an even shorter range, and cannot reach Israel.

Inbar suggested that these weapons have been outpaced by Israel’s continuously developing defense capabilities, such as the Arrow anti-missile defense system. And he says that comments by Iranian officials that they possess the means to penetrate US and Israeli missile defense systems are false, and are said more for domestic propaganda purposes.

Inbar’s assessments echo those of Anthony Cordesman and Alexander Wilner in their December 2011 in-depth analysis for the Center for Strategic and International Studies titled “Iran and the Gulf Military Balance.”

Cordesman and Wilner assert that not only is Iran’s military power neutralized by US and Israeli capabilities, but it is also eclipsed by the Gulf Cooperation Council (GCC) – which is comprised of Saudi Arabia, Bahrain, Kuwait, Oman, Qatar, and the United Arab Emirates UAE. “Iran’s air assets have aged considerably in comparison with those of its Gulf neighbors…while the air forces of the member states of the [GCC] are more advanced than Iran’s,” they write. “Iran lags badly behind the Gulf states in modernizing its air forces.”

As for the threat posed by Iran’s inventory of Surface-to-Air Missiles, Cordesman and Wilner state that “Iran has extensive surface-to-air missile assets, but most are obsolete or obsolescent. All of these systems are poorly netted, have significant gaps and problems in their radars and sensors, and are vulnerable to electronic warfare.” Russia, which is Iran’s only potential source for such weaponry, has consistently failed to follow through on a variety of proposed transactions to modernize Iran’s forces.

Arriving at much the same conclusion as Inbar, Cordesman and Wilner state that “in spite of constant propaganda claims to the contrary, Iran has as yet been unable to create national defense industries that can produce the range of systems required.”

Nevertheless, both sources caution against underestimating Iran’s resolve and determination in retaliating against a military attack with any and all means at its disposal. 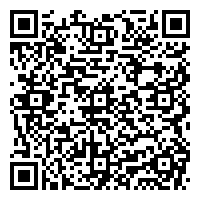