Is Australia’s Labour Party slipping into the clutches of the Loopy Left?

For most of Australia’s history, the country has been a staunch supporter of Israel on the international stage.  While it is true that Australia has  a vocal, visible minority that is committed to Israel’s destruction in favor Australian Jews and non-Jewish supporters of Israel are quick to point of a dictatorial PLO state, the pro-Palestinian brigades Down Under have never obtained much clout on the mainstream political stage.


To the contrary: For most of Israel’s history, Canberra has consistently shown it is committed to Israel’s security, and to developing political, cultural and economic ties with Jerusalem. Australia was the first UN country to vote in favor of Israeli statehood on November 29, 1947, a move that created close relations between the countries. Since then, both Labour and Liberal administrations have expressed strong support for Israel on the international stage.

This was most in evidence during the 2000s, when Liberal Party officials such as then-Prime Minister John Howard and Labour Party members such as Party Chairman Kim Beasley spoke often and strongly in support of Israel, often offering moral and political support during the darkest hours of the Oslo War.

Australia’s first Jewish member of parliament, Michael Danby, was elected to serve as a member of the Labour Party.

Now, however, it appears that the party has begun reassessing its relationship to the Jewish state. Or, at least, it seems that former party leaders have begun pandering to far-left elements of the Labour constituency: Last week, former Prime Minister Bob Carr lashed out at Australia’s Jewish community, saying the community has been hijacked by “extreme right-wing” elements that are “unhealthy” to Australia’s political discourse.

“I found it very frustrating that we couldn’t issue, for example, a routine expression of concern about the spread of Israeli settlements on the West Bank – great blocks of housing for Israeli citizens going up on land that everyone regards as part of the future Palestinian state if there is to be a two-state solution,” Carr told Australian ABC TV.

Now, another former leader Malcolm Fraser has thrown his support behind Carr’s accusation, and has upped the ante by accusing Israel of deliberately bombing a US frigate during the Six Day War.

But Israeli and American investigations at the time both concluded that the incident was an accident, committed in the fury and confusion of a raging war. Israel paid more than $3.5 million in damages to the families of the victims – more than $22 million in 2014 dollars – and apologised for the incident.

But pro-Palestinian and anti-Semitic groups have maintained their insistence over the years that Israel attacked the Liberty on purpose. Now, they appear to be acceptable to the radical wing of the Labour Party.

Predictably, Australian Jewish leaders reacted quickly and strongly to both comments. Leaders of the Victorian State Zionist Council and Australia/Israel & Jewish Affairs Council condemned the statements, and related that both men had enjoyed positive relations with both Israel and the local Jewish community during their terms in office.

“This is a guy who says we’re too powerful as a Jewish lobby,” said Mark Leibler, national chairman of the Australia/Israel & Jewish Affairs Council.. “There never has been another case that I can remember that a prime minister or the Australian government has issued a press release calling on us to support a view that they had in relation to Israeli policy.

“This is not the same Malcolm Fraser … It seems he’s developed an antagonism towards the Jewish community and Israel for reasons which are certainly not apparent to me or to anyone else,” Leibler said. 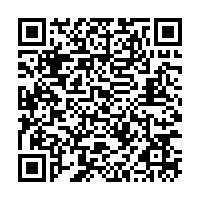