Ever since the 2011 ouster of former Libyan dictator Moammar Gadaffi, competing factions have been engaged in efforts on the one hand to turn Libya into an Islamist stronghold, and on the other, to shepherd Libya towards democracy.

What started with high hopes for real democracy following decades of absolute dictatorship has now sputtered out into infighting, violence, political stagnation and economic downturn.

On Sunday, May 18, a military-style attack on the Libyan government’s General National Congress building was waged reportedly by retired Libyan general Khalifa Haftar, who has been attempting to eliminate control over sections of the state by Islamist terrorist groups such as Ansar al-Sharia.

Reuters is reporting an attack was waged on Friday in Benghazi to dampen Islamists control over the city, an assault that included military helicopters and was described by opponents as a coup attempt by Haftar. His followers call themselves the National Army. Friday’s attack left 75 dead and 140 wounded.

There were local reports that seven lawmakers had been captured, but other reports denied anyone had been in the building when the assault began.

Following Friday’s assault, Libyan authorities imposed a “no-fly” zone over Benghazi. But the disorganized regular army is in no position to control the many independent, well-armed groups.

The removal of Gaddafi augered a new beginning for Libya, but the rebel groups formed to help with his ouster have been dissatisfied with their access to oil wealth and control.  At the same time, Islamist groups unleashed in the aftermath of the Arab Spring uprisings are firmly devoted to creating a theocratic, hardline Islamist state.

Severe birth pains have accompanied Libya’s lurch towards democracy. It is now on its third prime minister since March, the parliament is unable to gain consensus and the new constitution is yet to be written.

Not only is Libya burdened by warring factions, easily toppled leaders and outright violence, but the oil-rich nation’s economic lifeline has been in free fall. Libya had been producing 1.4 million barrels of oil per day. It is now down to producing only 200,000 barrels per day. 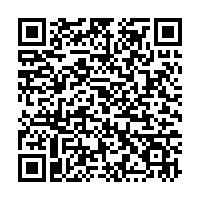