(JNi.media) Israeli born actress Natalie Portman, whose great grandparents were murdered in Auschwitz, told the Independent that she believes Jewish education puts too much emphasis on the Holocaust. “I think a really big question the Jewish community needs to ask itself is how much at the forefront we put Jewish education, which is, of course, an important question to remember and to respect, but not over other things. We need to be reminded that hatred exists at all times and be reminded to be empathetic to other people who have experienced hatred also. Not used in a paranoid way of thinking that we are victims.”

Portman, 34, who starred in all three Star War’s prequels (The Phantom Menace, Attack of the Clones, and Revenge of the Sith), also portrayed Anne Frank in a 1997 Broadway revival. She recently made her directing debut with an adaption of Israeli novelist Amos Oz’s “Tale of Love and Darkness,” a story based on the life of his parents at the dawn of the Israeli state after the nightmare of the Holocaust. The actress returned to Jerusalem to shoot some scenes of the film. She was born in Jerusalem, but her family left for America when she was three years old.


“Sometimes the Holocaust can be subverted to fear mongering and like ‘Another Holocaust is going to happen.’ We need to, of course, be aware that hatred exists, anti-Semitism exists against all sorts of people, not in the same way. I don’t need to make false equivalencies. We need it to serve as something that makes us empathetic to people rather than paranoid.”

Natalie Portman is a Harvard graduate, and, while enrolled at the University, responded to a an essay in the Harvard Crimson critical of Israeli actions against Palestinians. She graduated with a B.A. in Psychology and worked as a research assistant for Alan Dershowitz, author of “The Case for Israel,” “The Vanishing American Jew,” and “Chutzpah.” Portman also took graduate courses at Hebrew University.

Portman said she started forming these attitudes about Holocaust education when she realized that, when she was attending college, the Rawandan genocide was going on, and not nearly enough was being done about it. In 2007, she traveled to Rwanda to learn more about the genocide there. “I was shocked that the [genocide] was going on while I was in school. We were only learning about the Holocaust, and it was never mentioned what was happening while I was at school. That is exactly the kind of problem with the way it is taught. I think it needs to be taught, and I can’t speak for everyone, because this was my personal education.”

Not surprisingly, Natalie Portman’s remarks drew criticism. Colette Avital, former Labor MK and Chair of the Center of Organizations of Holocaust survivors in Israel, said, “While I agree with Natalie Portman that hatred exists in every part of the world, our area included, her understanding of the Holocaust seems limited. Natalie should understand that the Holocaust that befell us cannot be compared to other tragedies–our empathy notwithstanding. It was not merely hatred, it was a policy whose aim was to systematically wipe out a whole people from the face of the world.”

Aaron Goldstein of “The American Spectator” says the reason Portman’s comments about the Holocaust are so disturbing is not that she is just another pretty actress with an opinion, not that she, as stated by Colette Avital, has “limited” understanding of the Holocaust. But because her great grandparents died in Auschwitz, because she was born in Israel, and if “the Allies had been unable to liberate the concentration camps 70 years ago, and had Hitler and the Nazis triumphed, there would be no Natalie Portman, no Israel and no Jews. If an Israeli-born Jew whose ancestors were killed in Auschwitz doesn’t understand what separates the Holocaust from all other acts of genocide, then we have a big problem,” Goldstein writes. He thinks Portman’s views may be an indication of the feelings of other Israeli-born young Jews who are descended from Holocaust survivors. In addition, she is a public figure with a fan base, and is likely to influence others. Her statements arrive at a time when fewer and fewer people are still alive who witnessed the horrors of the Holocaust, and at this particular time, she questions the role of the Holocaust in Jewish education. Goldstein points out that Portman’s support for President Obama and her criticisms of Israeli President Benjamin Netanyahu over remarks he made on the eve of his re-election–which were offensive to Arabs–means that she might have been using her allegation to suggest that the Holocaust is used to promote “fear mongering” and “paranoid thinking” by those who oppose Obama’s nuclear deal with Iran. “If she thinks Iran isn’t serious about wiping Israel off the map,” Goldstein writes, then it simply supports the idea that she doesn’t get what separates the Holocaust from all other acts of evil. That is why her comments are so deeply disturbing.” 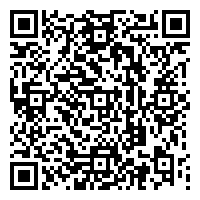