Israeli leaders and diplomats celebrated over the weekend the elections of Israeli Professor Eliezer Rabinovici as President of the CERN Council.

Rabinovici was elected as CERN’s 24th president, for a period of one year, renewable twice, with a mandate starting on 1 January 2022.


“Professor Rabinovici is a brilliant theorist in the most advanced fields of research,” stated outgoing president Dr. Ursula Bassler.

“During my presidency, I very often had the occasion to exchange with Professor Rabinovici, whose advice and contributions have always been very helpful to steer the ongoing discussions. I am confident that the Council is welcoming an excellent President, whose concern for science is of the utmost importance,” said Bassler.

The CERN Council provided for collaboration among European and other states in nuclear and particle physics research of a pure scientific and fundamental character.

CERN (Conseil européen pour la recherche nucléaire) is the European Organization for Nuclear Research, one of the world’s largest and most respected centers for scientific research. It runs the world’s biggest particle accelerator, based in Geneva, Switzerland.

President Isaac Herzog called Rabinovici, a leading physicist from the Hebrew University of Jerusalem, and congratulated him on making history with his election.

“This is an incredible personal achievement for you, a breakthrough for Israeli science, and a great honor for the State of Israel,” Herzog told Rabinovici on Saturday night.

Ambassador Meirav Eilon Shahar, Israel’s Permanent Representative of Israel to the United Nations and International Organizations in Geneva, stated “a first for Israel. This position brings great respect to the State of Israel and highlights the excellence of Israel’s scientific community.”

Foreign Minister Yaid Lapid stated that this is a “very proud day for the State of Israel.”

CERN is “an extremely important institution, and I am delighted that an Israeli scientist is now President of the council of such an esteemed body. Congratulations Eliezer Rabinovici and good luck in your new role,” he said.

Rabinovici is currently a professor at the Racah Institute of Physics of the Hebrew University of Jerusalem and the Louis Michel visiting chair at the Institut des Hautes Études Scientifiques (IHES). He received his Ph.D. in high-energy physics at the Weizmann Institute of Science in 1974.

His main field of research is theoretical high-energy physics and, in particular, quantum field theory and string theory. He has made major contributions to the understanding of the phase structure of gauge theories, which are the building blocks of the Standard Model, and the uncovering of the phases of gravity.

“CERN is a special place where science and collaboration meet to answer some of the most fundamental questions about the world we live in. Throughout my 16 years as a member of the CERN Council, I have time after time been captivated by the commitment, collaboration and knowledge of people who work together towards the same mission. I am honored that the Council chose me as their next President, and thankful that I get the opportunity to serve CERN’s scientific community, Member States and Associate Member States,” said Professor Rabinovici. 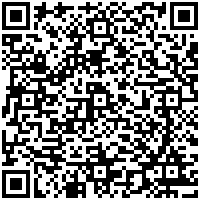