Demonstrators demanding that Israel extradite a former senior official, Tomás Zerón, wanted in connection with the disappearance of 43 students in 2014, defaced Israel’s embassy in Mexico City on Thursday.

Demonstrators sprayed slogans such as “Death to Israel,” “Free Palestine” and “Long live Palestine” on the embassy.

In front of the Israeli embassy in Mexico City, protesters demand the extradition of Tomás Zerón who is a former government official accused of torturing witnesses as well as manipulating evidence & the crime scene in the case of #Ayotzinapa.?❤️?1/2 #NosFaltan43
?:@deabajoml pic.twitter.com/XpfRwAHXa8

Zerón is in Israel and seeking asylum but faces allegations of wrongdoing. He fled Mexico after the probe into the mass kidnapping was reopened in 2019, following the election of President Andrés Manuel Lopez Obrador. 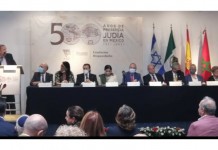 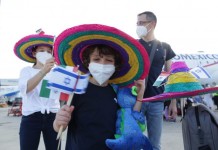 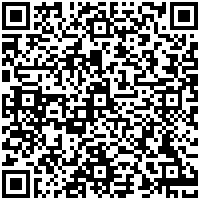