An announcement of the attorney general for the IDF Judea and Samaria Division, in response to a suit by extreme left wing group “Yesh Din,” on behalf of land owners from the nearby Arab village of Burka, it turns out that the IDF intends to permit Palestinians to settle the lands of the deserted Jewish village of Chomesh.

Chomesh, located in the heart of Samaria, north-west of Sh’chem, was part of the 2005 “Disengagement” plan, which focused mostly on Jewish families in the Gaza strip. The Jewish residents of Chomesh, 70 families altogether, were evicted by force and the structures were demolished by Israel. Since then the site has seen many attempts on the part of former residents to return home, which are thwarted, occasionally brutally, by police.


Now the village of Chomesh has been officially removed from the list of the Samaria regional council, following which the IDF has revoked the order prohibiting all access to the site. The result is that Arabs will now be free to take over the lands, as well as the infrastructure, while Jews will continue to be prohibited from even going there, based on the disengagement law.

The head of the Samaria regional council, Gershon Mesika, said that “the State of Israel is proving once again that it is first and foremost in hurting its own citizens and their rights.

The head of the Samaria settlers committee, Benny Katzover, said that “the current takeover by attorneys of the Israeli government system is damaging the Jewish character of the state. It cannot be that a group of attorneys would decide to transfer lands in Eretz Israel to the enemy and no one is objecting.”

Ktazover vowed that “Chomesh is a Jewish settlement in Eretz Israel and we will once again settle it, despite the attorney general’s decision which contradicts Jewish logic and the vision of the return to Zion.”

16 Senior Yisrael Beiteinu Officials to Be Indicted on Corruption Charges 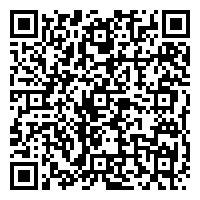