The State of Israel will once again close the crossing points between the Jewish State and the Palestinian Authority for the upcoming Memorial Day and Independence Day.

The crossings will close starting at 7 pm Tuesday evening and will remain closed until 12:01 am Friday, after the end of Yom Ha’Atzma’ut – Israeli Independence Day, according to an announcement by the Israel Defense Forces (IDF).


The closure is a standard practice that takes place prior to every Jewish and national holiday in Israel.

Exceptions are to be made for “humanitarian, medical and special cases,” the IDF said, “with approval from the Defense Ministry’s Coordinator of Government Activities in the Territories (COGAT).”

Israel’s Yom HaZikaron (Memorial Day) officially begins with a siren sounding nationwide one hour after the closure, at 8 pm on Tuesday night.

Sadness will be transformed to joy the following night, however, with the start of Israel’s 73rd Independence Day, Yom Ha’Atzma’ut celebrations. 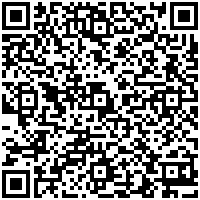