(The Knesset – October 13, 2015) – Political, diplomatic, academic, religious and Jewish organizational leaders from Israel and abroad called for the State of Israel and the Jewish world to seek a reconnection with the descendants of Spanish and Portuguese Jewish communities (known as Bnei Anusim, Marranos, and Conversos) at an historic conference at the Knesset today.

The conference, attended by around 300 people, some coming from North and Latin America and Europe especially for this event, emphasized the obligation of the Jewish world to reach out to and reconnect with the millions of people who descend from Spanish and Portuguese Jewish communities that disappeared due to forcible conversion and expulsion centuries ago.


The conference was chaired by MK Robert Ilatov, who said: ”This event is a historical milestone in seeking a reconnection with the descendants of Spanish and Portuguese Jewish communities, whose numbers stand in the tens of millions around the world. Many of them are interested in exploring their Jewish roots and this movement will only be strengthened with technological advances that will aid them in this task. Our role as the Jewish people and the State of Israel’s decision-makers is to assist them in this task. It is a moral imperative.”

MK Ilatov is also founder and chairman of the Knesset Caucus for the Reconnection with the Descendants of Spanish and Portuguese Jewish communities, created to find durable solutions for Bnei Anousim seeking to reconnect with the Jewish People.

Ashley Perry, caucus director and president of Reconectar, an organization whose mission is to facilitate the reconnection with the descendants of Spanish and Portuguese Jewish communities, spoke about the historic nature of the conference.

“This building, the Knesset, and the reestablished State of Israel remind us that the Jewish People are indeed the ‘eternal nation’ and we never let historical circumstances prevent us from achieving the seemingly impossible,” Perry said. “Today, technological advances such as the Internet and DNA and new inroads in genealogical research have created a window of opportunity to make this historic reconnection. For us to succeed, we must mobilize two communities, the Jewish world and the Bnei Anusim, for a formal reconnection. We need to place the reconnection with the Bnei Anusim on the agenda of the Jewish world and the State of Israel, which I hope we are beginning to do here today.”

Shai Hermesh, Charman of the World Jewish Congress Israel Office spoke about the importance of the issue in terms of improving support for Israel and the Jewish People. “This is an issue that is critically important and one that the Jewish people and the Jewish state cannot ignore,” Hermesh said. “There are vast numbers of people who have a strong connection to the Jewish people and we have a moral obligation to reach out to them.”

Professor Zvi Arad, President of the Netanya Academic College said: “The prophetic vision of the ingathering of the exiles in the Land of Israel is coming true before our eyes, it is our duty to strengthen the state, by ensuring the return of our people. The establishment of this caucus to reconnect with Bnei Anousim gives us great encouragement and strengthens us to act more vigorously on this important issue for the Jewish people.”

Several Members of the Knesset, past and present, from across the political and religious spectrum, academics, religious and Jewish organizational leaders and diplomatic figures also spoke in support of the issue.

After the Knesset event, a conference held under the auspices of the World Jewish Congress, the Institute for Sefardi and Anousim Studies at Netanya Academic College, and Reconectar took place at the Ben Tzvi Institute, titled “The Anousim Diaspora Today: Jewish Challenge and Hope.” 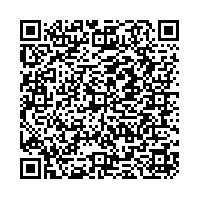