The burial chamber, called an Arcosolium, was part of a larger set of underground catacombs located on a preservation site of ancient Roman and Byzantine ruins in the upper Galilee. The suspects managed to dig their way into the main cave but were stopped by task force members before they succeeded in damaging or stealing any antiquities.

“On Saturday I received a report of strange activity around the site,” Distelfeld recounted to Tazpit reporter. “Upon inspection, I concluded that the marks around the cave were compatible with human tampering, and clearly not the work of our archeologists. Calling in the Israeli Border Police to aid in our operation, we set up an ambush and managed to catch the two grave robbers in the act,” Distelfeld said.

The IAA believes that the catacombs, which had lain undisturbed for over 1800 years, belonged to an early Christian sect, according to wall markings in the main cave.

“Our concern is not just over the potential loss of rare and priceless artifacts, but also over irreparable destruction of ancient art, architecture and history that is always caused by grave robbers on their way to their ‘treasure,'” Distelfeld added.

Early Christians would bury their deceased in an Arcosolium, sealing them in the tomb along with jewelry, artifacts, scrolls and miscellaneous personal possessions. Undisturbed burial sites are rare and therefore draw grave robbers, who simply discard or destroy any item that doesn’t seem like it has monetary value. 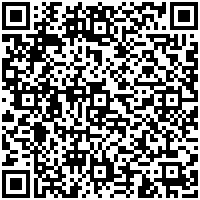