Speaking immediately after a panel discussion on the “Human Rights Situation in Palestine and Other Occupied Arab Territories,” during a special debate on racism at the Council’s 27th Regular Session, Father Naddaf discussed the violent oppression facing Middle Eastern Christians and their widespread flight from the region in recent years.


“Across the Middle East, in the last ten years, one hundred thousand Christians have been murdered each year. That means that every five minutes a Christian is killed because of his faith. Those who can escape persecution at the hands of Muslim extremists have fled. Those who remain exist as second if not third class citizens to their Muslim rulers,” Father Naddaf pointed out.

“In the Middle East today, there is one country where Christianity is not only not persecuted, but affectionately granted freedom of expression, freedom of worship and security. It is Israel, the Jewish State.  Israel is the only place where Christians in the Middle East are safe,” stated Father Naddaf. “It is time the world woke up to the fact that those who want to destroy the Jewish State are signing the death warrant on the last free Christians in the Holy Land.”

Father Naddaf was born in Nazareth in 1973 and belongs to the Greek Orthodox Patriarchate in Jerusalem, Israel’s second largest Christian community. He serves as the head of the Greek Orthodox Church in Yafia, near Nazareth and also works as the primary spiritual advisor and religious spokesperson for the Forum for Drafting the Christian Community, a civil society organization that works to support Christian Arab citizens of Israel to enlist in the Israel Defense Forces.

For his efforts to encourage Arab Christian integration into mainstream Israeli society, Father Naddaf has been denounced by Arab members of the Israeli Knesset, and receives regular threats of intimidation to himself and his family.

Israel recently recognized the Aramean Christian minority of Israel, who do not identify themselves as Arabs, as an independent nationality, a move strongly supported by Father Naddaf.

Father Naddaf was brought to Geneva under the auspices of The Face of Israel, a private organization that promotes Israel internationally by engaging influential decision-makers and opinion leaders from civil society as well as diverse cultural and religious communities worldwide.

“Leaders of people, seekers of peace, end your witch hunt of the only free country in the region,” the Nazareth priest concluded to the UN Human Rights Council. 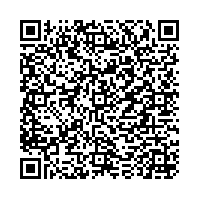