The Israeli security cabinet unanimously decided today that Israel would not negotiate with a Palestinian government backed by Hamas, the terrorist organization that calls for Israel’s destruction. Considered a severe blow to peace talks, the ‘historic’ Hamas-Fatah unity pack was announced on Wednesday following a seven-year power struggle between the two factions.

After Hamas’s victory in the Gaza’s 2006 parliamentary elections, the Islamist group violently took over the Gaza Strip in 2007, throwing out many Fatah political and security officials while imprisoning others. Earlier this year, in January, Hamas Prime Minister, Ismail Haniyah, announced that the Hamas government would release Fatah political prisoners from Hamas prisons and allow Fatah leaders to return to Gaza during the reconciliation process.


US State Department spokeswoman, Jen Psaki responded to Hamas announcement of the unity accord, stating it was “disappointing.” “It’s hard to see how Israel can be expected to negotiate with a government that does not believe in its right to exist,” Psaki stated on Wednesday. During Thursday’s security cabinet meeting, Prime Minister Benjamin Netanyahu stated that:

“Instead of choosing peace, Abu Mazen [Mahmoud Abbas] formed an alliance with a murderous terrorist organization that calls for the destruction of Israel.”

“Abu Mazen has formed an alliance with an organization whose covenant calls for Muslims to fight and kill Jews. Hamas has fired more than 10,000 missiles and rockets at Israeli territory and has not halted terrorist actions against Israel even for a minute,” Netanyahu said.

“The agreement between Abu Mazen and Hamas was signed even as Israel is making efforts to advance the negotiations with the Palestinians. It is the direct continuation of the Palestinians’ refusal to advance the negotiations. Only last month, Abu Mazen rejected the framework principles proposed by the United States. Abu Mazen has refused to even discuss recognizing Israel as the national state of the Jewish People. He violated existing agreements by unilaterally applying to accede to international treaties and then formed an alliance with Hamas,” continued the Israeli prime minister.

“Whoever chooses the terrorism of Hamas does not want peace.”

Israeli Foreign Minister, Avigdor Liberman noted yesterday that “it was impossible to make peace with Israel as well with Hamas, a terrorist organization advocating for Israel’s destruction. Signing an agreement of a Fatah-Hamas unity government is tantamount to a signature on the end of negotiations between Israel and the PA.” 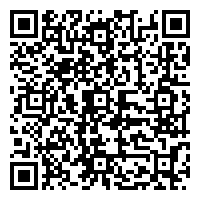