The confirmation of a reported 10 percent purchase of Israeli-based SodaStream by Starbucks would be another blow, if not a knock-out punch, to the Boycott Israel Movement, commonly known as BDS (Boycott, Disinvestment and Sanctions).


”Sources close to the deal say that an official announcement will be made soon,” according to Globes.

BSD has been uselessly trying to convince people for more than three years not to buy SodaStream’s homemade soda machines because it operates a factory in the Mishor Adumim industrial area of Maaleh Adumim, which the Palestinian Authority claims.

Tel Aviv, Haifa and Netanya also are part of “Palestine” according to official PA maps, but that kind of information interferes with  U.S. Secretary of State John Kerry’s Peace Talk Follies, so let’s ignore it rather than make more trouble for the man.

The more the Big Lie of the Mahmoud Abbas as a peace partner disintegrates, the more people – even the liberal Jews in the United States – throw in the towel  and go back to fighting for animal rights or against global warming, assuming they have thawed out from this winter’s brutal winter and record snowfalls.

That makes big problems for the BDS, whose leaders are going to stand in the unemployment lines if they cannot convince people that Israel is the reason that the Palestinian Authority is corrupt, totally undemocratic and racist.

The Boycott Movement has been able to win some success by targeting Israeli companies that are big in Israel but tiny in terms of the world economy.

But when companies like the conglomerate Whirlpool, through its subsidiary KitchenAid, start working with SodaStream, things get a but sticky for the anti-Israeli consumers, as reported here earlier this year.

And if Starbucks links up with SodaStream, the BDS folks are going to have to stop sipping Starbucks coffee.

Some Muslims  made fools out of BDS last year by trying to tie Starbucks with false stories that it provides financial support to Israel and even the IDF.

One of Starbucks’ sins apparently is that CEO Howard Schultz was honored in 1988 by a yeshiva in the Old City in Jerusalem , where the Palestinian Authority wants its capital.

BDS went on the defense and said it does not target individuals, even if they are Zionists. It targets companies that can be tied to Israel’s present in Judea and Samaria.

The boycotters have not let up on SodaStream  and  Jewish Voice for Peace’s Seattle chapter has come up with one of the most obscene collection of lies about Israel, the “Occupation” and SodaStream since the creation of the Palestinian Authority.

It has created the burstthebublle.org website that shows a series of videos that tries to convince people that the idea of Arab-Israeli co-existence at SodaStream’s factory, as promoted by actress Scarlett Johansson, is really just a camouflage. The true purpose of the factory, according to one of the videos, “is not to improve the lives of Palestinians living under occupation but to pad the pockets of an international corporation.”

A company that makes money is immoral, unless it is not run by Jews in Judea and Samaria.

The videos, like the peace process, are actually the best promotion for Israel and Zionism because they are so full of lies that everyone eventually sees the truth, except, of course, for the U.S. the State Dept. 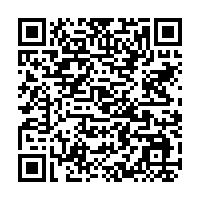