As part of a targeted operation to prevent illegal migrants from entering Israel, Border Guard Police forces were deployed in the early hours of Sunday morning along the Meitar Crossing area.

During the operation, which included a number of ambushes, the forces identified – and captured — 171 Palestinian Authority Arabs who were infiltrating into Israeli territory without authorization and who would otherwise also not be permitted to enter.

After they were interrogated, the detainees – all of whom were residents of Hebron and surrounding villages – were transferred back to the Palestinian Authority-controlled territories of Judea and Samaria.

Two of those who were detained were held for further investigation by police in Israel. 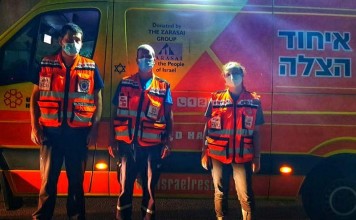