Given the large election majority received by President Obama and many other of their favored candidates, a reasonable morning-after position for a group such as J Street would be one of quiet satisfaction, or even – why not? – gleeful rejoicing.

But J Street, which has rarely met a critic of Israel it didn’t like, instead tried to promote itself as an integral part of the campaign, a driving wind propelling Democratic victories. So eager to claim a starring role, J Street released details of several exit polls they commissioned which, upon examination, tell far more about how little J Street matters.


But first, to refresh your memory regarding the quality of candidates supported by J Street:

In the Wisconsin race for U.S. Senator, the Democratic contender, Congresswoman Tammy Baldwin, defeated former Wisconsin governor Republican Tommy Thompson. Although Israel was not much of an issue in the race, the Emergency Committee for Israel, a staunchly pro-Israel organization with conservative political roots, aired an ad attacking what they called Baldwin’s anti-Israel position during her congressional career.

ECI said Baldwin was “nothing less than hostile to the U.S.-Israel alliance. She has accused Israel of war crimes, befriended anti-Israel groups, refused to sign bipartisan letters of support for Israel, and defended the libelous Goldstone Report.”

Yes, that was J Street’s candidate in that race.

J Street supported Cheri Bustos in the 17th Congressional District of Illinois, and she defeated Republican Bobby Schilling. Unlike Baldwin, Bustos has nothing whatsover to say about foreign policy. Her issues are jobs, the economy, Medicare and Social Security, and the second Amendment. But in losing Schilling, Israel has lost a great friend in Congress, with a 0 rating by the Arab American Institute.

There goes another J Street-targeted friend of Israel.

And, as was to by expected, J Street threw their support behind the CAIR and Hamas man in Washington, Rep. Keith Ellison of Minnesota. He is a regular at CAIR fundraisers and pro-Hamas rallies. A former member in Farrakhan’s Nation of Islam, Ellison has also participated, later in life, in interfaith dialogue (mostly with Reform rabbis). Even if we were to discard past accusations of Antisemitism and his defense of Farrakhan – what business does a Jewish PAC have supporting him?

J Street also supported Rep. John Dingell of Michigan, one of the most widely recognized anti-Israel members of Congress. With a +3 rating by the Arab American Institute, Dingell voted No on withholding US contributions until the UN retracts accusations of Israeli war crimes, on opposing any unilateral declaration of a Palestinian state, and Absent on a bill to ensure that United States taxpayer dollars are not used to fund terrorist entities in Lebanon. What point is J street making by giving him PAC money, and why are they so happy he won?

The above short list demonstrates rather well J Street’s agenda in these elections, but the fact that candidates they supported have won does not mean that the organization’s contribution actually got them over the threshold.

J Street’s president, Jeremy Ben-Ami, boasted in an email sent out to thousands with the subject line “Astounding! J Street Goes 71 for 70 on Election Day,” but with respect to Jewish voters—whom J Street claims it represents, and whom it is trying to persuade—in very few of the campaigns in which it contributed heavily did the Jewish voters who were in play make a difference.

In an upstate New York race, Rep. Ann Marie Buerkle (R) was defeated by the man she herself had defeated two years ago, Dan Maffei. J Street backed Maffei, but the hot issue in that race was abortion, not Israel. Maffei successfully tied Buerkle to Missouri’s Republican contender for Senator Todd Akin, notorious for his unfortunate “legitimate rape” comment.

In Florida, Republican Rep. Allen West was defeated by Patrick Murphy in an extremely tight race. West was redistricted out of his comfortable seat, and Israel was far down on the list of issues on which Murphy focused.

In Illinois, Democrat Tammy Duckworth defeated sitting Congressman Joe Walsh. Walsh is an ardent Israel supporter, but the district they battled over is a majority Democratic one, and Duckworth had received the endorsement of Chicago Mayor Rahm Emanuel. The focus of her attention was energy, the economy and education – not Israel.

And in Ohio, where Democratic Senator Sherrod Brown handily won over his upstart Republican challenger Josh Mandell, a New York Times editorial written by Mitt Romney back in 2oo8 probably did more to defeat any Ohio Republican challenger for office in 2012. In this state, second only to Michigan for auto-related employment, Romney’s opposition to the automobile industry bailout and his op-ed, “Let Detroit Go Bankrupt,” was just too much of a kick in the home state face to overcome. Even though what Romney actually called for was a re-structuring of the car companies, a “managed bankruptcy,” the details were swept away while the headline hung there and hanged the Republicans.

It is clear that J Street’s role in this year’s election was basically irrelevant, and certainly far humbler than its own superlative: “astounding.” While revealing just how unabashedly anti-Israel their choices are, Ben-Ami et al simply have not demonstrated that they mobilized the Jewish vote in a direction it wasn’t already following.

The Republican Jewish Coalition also released poll results, in which they tracked the same few Jews, in virtually the same ways, and received pretty much the same results.

Where the information and the analysis did begin to differ, was in determining whether there was a significant decrease in Jews voting for Obama this election, versus 2008. While most agreed that Barack Obama received approximately 78% of the Jewish vote in 2008, J Street is now claiming that a more recent calculation revised that number downwards to 74%. With the four fewer percentage points in 2008, and a two point lower estimate in 2012, the differences become more significant.

If you accept J Street’s sudden revision of historic facts, claiming that a greater percentage of Jews cast their votes for the Republican candidate in 2008, and, consequently, that somewhat fewer Jews voted for Romney this time around, the loss of Jewish voters to the Democratic candidate becomes only four percentage points, which means that over the lifetime of Obama’s “blocking back,” J Street, there have not been nearly as many Jews jumping from the Democrats’ ship.

First, the information provided by the exit polls paints an alarming picture, even without looking at whom the respondents chose.

For Jewish Press readers, there’s a frightening picture that calls out for action: American voting Jews don’t care all that much about Israel, and they really don’t care about Israel’s number one concern: Iran.

The J Street and the RJC polls asked the question slightly differently, but either way, only about 10% of American Jews consider Israel to be an issue that drives their voting decisions (J Street poll), and for more than 21% Israel is of no importance in making the decision for whom to vote (RJC poll). To look on the bright side, slightly more than 75% consider Israel to be either very important (30.2%) or somewhat important (46.3%). But still, we are talking about Jews here, not the general public.

Only the RJC poll asked about synagogue attendance, but the responses there were interesting. Slightly more than 25% of those answering the poll claimed they attend synagogue almost every day or once a week, but 13.9% said they never attend, and nearly 2% refused to answer the question.

One quirky finding is who received high favorability ratings. President Obama garnered a 60% favorability rating, the second highest of those included in the question (Bill Clinton received the highest). But Israeli Prime Minister Binyamin Netanyahu received a 59% rating, beating even Vice President Joe Biden, who came in with a 54% rating. And DNC Chair Cong. Debbie Wasserman Schultz had a 46% favorability rating — that’s far below any of the other Democrats, Netanyahu, or the Democratic Party as a whole.

Although Iran and Israel are not significant voting issues for American Jews, fewer than half of those polled think that sanctions and diplomacy as tools for dealing with Iran’s nuclear race should be given more time, and a full 35% think those methods have failed.

The RJC poll asked about respondents’ understanding of Barack Obama’s attitude towards Israel and the Palestinian Arabs. Nearly 45% believe Barack Obama is more pro-Israel, 22.8% more pro-Palestinian, and 17.4 believes he is neutral, while a full 15.3 either refused to answer the question or said they did not know.

So, strangely enough, while J Street cannot show serious influence in this election, essentially cheering races that would have been won without them – the overall picture emerging from the polls of Jewish voters’ attitudes are an icy shower to American Jews with traditional Jewish values.

Yori Yanover contributed to this article. 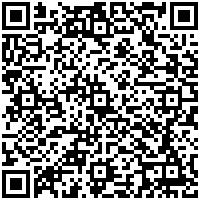