Tammy Duckworth, a Democrat, is an Iraq war veteran challenging Representative Joe Walsh, Republican of Illinois’ northwest suburban 8th congressional district (about an hour’s drive from Chicago, give or take).

Duckworth’s credentials are considerable. She lost both of her legs in a Black Hawk helicopter mission in 2004. In 2006 she lost by 2% of the vote a Congressional bid in Illinois’ 6th congressional district. After her loss, Duckworth continued to serve as a major in the National Guard and was appointed director of the Illinois Department of Veterans’ Affairs.

In 2009, she received a presidential appointment to serve at the federal level as assistant secretary of veterans’ affairs.

Born in Bangkok, Thailand, to a military family, Duckworth moved around Southeast Asia due to her father’s work, until, at age 16, they settled in Hawaii. A graduate of Georgetown University, Duckworth joined the military in 1990.

There doesn’t seem to be anything wrong with Tammy Duckworth, except for the fact that she has received the endorsement of J Street, the leftist pro-Palestinian, “tough-lovers” of Israel PAC.

The group told the NY Times it expected to raise “$50,000 or more” for her campaign.

J Street likes Duckworth because her “experience training with the Israeli Defense Forces, has instilled in her a strong support for Israel and the belief that a two-state solution can best assure Israel’s long-term security and character.”

“I stand by Israel,” candidate Duckworth said in a telephone interview to the Times, “but from everything I’m hearing, a two-state solution is really the way forward. Sometimes the best security is peace.”

Now, there’s a thorough analysis of a century of Mid-East history…

Tammy Duckworth was trained as a helicopter pilot (she co-piloted the flight that ended with her own injury), and has done superbly taking care of veterans affairs. Why must she delve with seemingly little preparation into the Israel-Palestinians quagmire? Is it really just the 50K?

Her Republican opponent, Rep. Joe Walsh, is a Tea Party activist, at least for now. In the 1990s he defined himself as a moderate Republican. Perhaps he will become one again when the zeitgeist is right.

The Illinois 8th  Congressional District is more than 80% white, but the Republican and Democrat finished neck and neck there in 2010. Traditional Jewish Democrats would have probably been inclined to vote for Duckworth, if they didn’t know about the J Street support.

Joe Walsh has taken full advantage of this turn of play to declare his staunch opposition to the two-state solution. His article, “Myth of a two-state solution,” published in the Washington Times, could have been written by Ze’ev Jabotinsky:

“It has been 64 years since the United Nations General Assembly approved the Partition Plan for Palestine and the struggle to implement a ‘two-state solution’ began. Today, we are no closer to that end. That reminds me of the definition of insanity: doing the same thing over and over again and expecting different results. By that definition, everyone who continues to cling to the delusion of a two-state solution is insane. There is no such thing as a two-state solution. It cannot work, it has not worked, and it will not work.

“The only viable solution for the Middle East is a one-state solution: one contiguous Israeli state from the Jordan River to the Mediterranean Sea. There will not and cannot be lasting peace in the Middle East until then.”

Compared to the naive sounding “Sometimes the best security is peace” advice prescribed by his opponent, Walsh’s piece is a masterpiece of knowledge and analysis (frankly, well beyond what you’d expect from a Tea Party member in good standing).

But whether Walsh wrote the article or hired a really smart person to write it for him, the result is the same: a Congress member with a fresh approach to tired, old policies. Of the two of them, it is Tammy Duckworth who comes across as sticking with old dogmas, without giving them serious attention.

Thank you once again, J Street, for helping Jewish voters decide which candidate is better for them and for Israel. 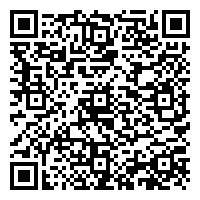