Jerusalem spent Shabbat in lock-down as the largest snow storm in decades, and perhaps 50 years, hit the country. The main highways to Jerusalem were closed. Thousands of people found themselves stranded on the highway.

The army was called in to assist in helping restore electricity to parts of Jerusalem.

On Saturday night, the main highway into Jerusalem is slowly being reopened to public transportation, and some buses are expected to begin running soon.

The Jerusalem Light Rail is shut down due to damage to the rails from the snow storm, and may reopen on Sunday.

Temperatures are expected to drop tonight to below freezing, increasing the risk of icy roads.

On the positive side, children were having a great time in the massive snow storm. 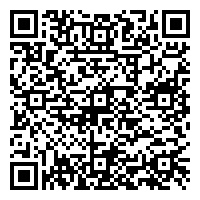