A Jewish carpenter is suing New York City’s Housing Authority (NYCHA) after allegedly being threatened and insulted with anti-Semitic epithets while working for the city.

Manhattan resident Mitchell Imberman, age 60, had trouble for years with men working under him, according to papers filed in a federal lawsuit in the Brooklyn District Court. The problems began in 2009 at Bushwick Houses, the New York Post reported Sunday.


Imberman alleged that one employee said, for example, “I don’t like taking orders from a Jew supervisor.” A second worker was fired after months of leaving numerous threats on Imberman’s cell phone, court papers allege.

His superiors added to the abuse when he asked for their help, Imberman charged.

In the lawsuit he said he was called a “filthy Jew,” a “dumb kike” and other obscenities. His tools were stolen, swastikas were painted on walls where he was assigned to work, and feces were placed on his chair.

Imberman is still employed by the Housing Authority and is seeking unspecified damages in compensation for the abuse. The NYCHA refused to comment in response to requests by the New York  Post and The Associated Press. 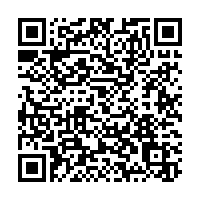