That number comprises approximately 30 percent of all judges in Israel, and is expected to cause a marked right-wing shift in judicial verdicts.

Both the new appointees, who have been approved by Attorney General Avichai Mandelblit, have strong personal ties to Judea and Samaria, and are considered to be conservative and nationalist in their outlooks.

New appointee Hananya Guggenheim, who served as an attorney for the Legal Forum for the Land of Israel, lives in the Benjamin tribal region in southern Samaria. The second new judge, Shlomo Wizen, the brother-in-law of attorney Doron Nir-Zvi who represented Judea and Samaria multiple times in court, is also considered a conservative judge. 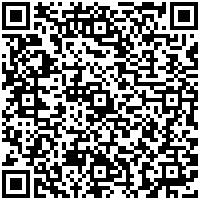