More than 5,000 soldiers were treated to a “Fun Day” at Israel’s largest water park Thursday through the cooperation and funding of the Friends of the Israel Defense Forces (FIDF) and the military.

There are 6,073 Lone Soldiers serving in the IDF today, and about 800 of them are American.


Native-born Israelis usually enlist in the IDF at the age of 18, but there are approximately 200 Lone Soldiers from around the world who decided to enlist at the age of 26 and above.

FIDF supports lone soldiers financially, socially, and emotionally and sponsors flights for them to visit their families and friends in their countries of origin.

The Fun Day at the Shefayim Water Park north of Tel Aviv benefited Lone Soldiers from all IDF units and featured a pool party with leading Israeli DJ Eran Barnea, gift care packages, an all-day smorgasbord of barbeque and desserts and a concert by the band Hatikvah 6.

“FIDF supporters have made it their goal to serve as the adoptive family for all Lone Soldiers serving in the IDF. This special day saluted them – and offered a brief respite,” said FIDF National Director and CEO Maj. Gen. (Res.) Meir Klifi-Amir. 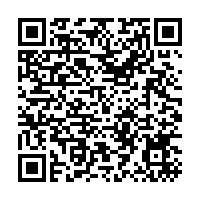