Norway’s ombudsman for children’s rights has proposed that Jews and Muslim replace male circumcision with a symbolic, non-surgical ritual.

Dr. Anne Lindboe told the newspaper Vart Land that circumcision in boys was a violation of a person’s right to decide over his own body.


“Muslim and Jewish children are entitled to the same protection as all other children,“ she said, adding that the practice caused unnecessary pain and was medically not beneficial.

Lindboe, a pediatrician, was appointed ombudsman in June. Her predecessor, Reidar Hjermann, proposed setting 15 as the minimum age for circumcision. According to Jewish religious law, Jewish babies must be circumcised when they are eight days old, unless there are medical grounds to delay the rite.

The children’s ombudsman is an independent governmental institution entrusted with safeguarding the rights of minors.

Ervin Kohn, president of the Jewish Community of Oslo, said that Norwegian Jews “will not be able to live in a society where circumcision is forbidden.” He noted that the mandate of Norway’s children’s ombudsman did not extend to devising Jewish rituals. Norway has a Jewish community of about 700.

In June, a spokesperson for Norway’s Centre Party, which has 11 out of 169 seats in parliament, proposed a ban on circumcising babies. 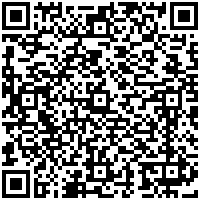