Tens of thousands of Ultra-Orthodox Jews will participate in a huge rally to be held on Sunday evening, May 20, at Citi Field in Queens, New York, to combat the evils of the Internet and the damages caused by advanced electronic devices.

The NY Mets will be playing in Toronto on the same day.

The website JDN cites one of the event organizers who said: “This will be a mass rally never before seen in the history of Orthodox Jewry in the U.S. It will be a gathering of  unity of all the Jews living in the U.S., a gathering to disseminate information and a prayer rally for the success of Klal-Israel’s war on the Technology which threatens the sanctity of the homes of Israel.”

The “Gdolei Israel” (leading sages) behind the conference have specifically ordered to schedule it for the eve of Rosh Chodesh Sivan, a day which is considered particularly fortuitous when it comes to children’s education, since the goal of their campaign is to save the generation from the ravages of advanced technology.

The following has been published in the Haredi press, regarding the upcoming event:

A Letter from our Masters the Great Men of Israel Shlita In Preparation for the International Conference in the U.S. Against the Scourge of Technology

It is well known that in recent times through the Internet many serious family-related problems have been created, and it all happens because of it, and something must be done so they won’t be hurt. And since this touches almost everyone, we must assemble together to protect and be protected, and we hope that through this gathering in search of ideas we will be helped from Heaven to save the many, and may it be that we will be successful in encouraging the public not to stumble over this obstacle, and the Lord will guide us in a truthful path. And note that sometimes the suspension of Torah is the very way in which it must be kept.

According to JDN, the event’s production costs of some $1.5 million were raised from private philanthropists. 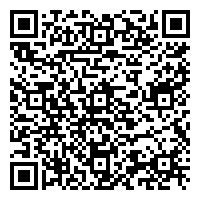