An Arab near Halhul attacked a soldier,in a kidnapping attempt. The soldier shot the terrorist. Simultaneous to the attack, Palestinian websites reported that an IDF soldier was kidnapped. It appears the site jumped the gun. All traffic in the area was stopped as soldiers searched to make sure no soldier was missing.

The main points are:

2) Hamas will not smuggle or import any weapons

3) Hamas will not attack Israel, or Israeli soldiers along the border

5) President Morsi will be personally responsible, and sign as 3rd party guarantor.

6:57 PM Prime Minister Netanyahu today to Hasbara activists:  We are in 4 different fronts, Homefront, Military, Diplomatic and Hasbara.  Your work in disputing the lie industry is a significant addition to the State of Israel.  There will be many great efforts needed in the coming days.

5:55 PM Islamic Jihad Spox: Our retaliation against Israel [for killing 4 of our senior commanders] will be difficult, swift and painful. Ouch.

5:37 PM IDF Spokesman releasing names of Islamic Jihad terrorist leaders targeted in strike on communications building in Gaza. Keep in mind that the building is the HQ of the foreign press in Gaza.

A 40% decline in rocket launches from Gaza into Israel.

Israel will continue to issue warnings by breaking into the Gazan radio channels warning them away from areas to be attacked and away from Hamas and Islamic Jihad soldiers so they won’t be injured.

IDF attacked 80 terror sites, 1,350 since the beginning of the operation.

Building belonging to senior terror officials were targeted that were used as command centers, or as weapon storage facilities.

A number of rocket crews were killed.

6:56 AM No school today if you’re within a 40 KM radius from Gaza. Full reporting will begin soon. 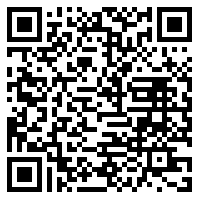