“We caught the man who collaborated with the murderers,” said Netanyahu at the Sarona Market in central Tel Aviv, the scene of the terror attack.

“We decided on a number of firm steps,” said the prime minister. “We have quarantined Yatta.” Both Mkhamra suspects are residents of the village of Yatta, located south of Hebron, where IDF forces made a number of arrests on Wednesday after the attack.

“We cancelled hundreds of work permits for members of their clan,” continued Netanyahu. “We have also halted the easing of tens of thousands of Ramadan visits in Israel, we have increased security forces in the buffer zone and here in Tel Aviv, and we decided on taking more steps that I will not provide details for here.”

The prime minister also criticized the Palestinian Authority for failing to join the international community in unequivocally condemning the terror attack.

The Hamas terror group in Gaza openly praised the attack. The office of Palestinian Authority President Mahmoud Abbas denounced the harming of civilians – without referencing the specific attack – while his Fatah party described the attack as a “natural and automatic response” to Israeli actions.

“I have not heard such a condemnation from the Palestinian Authority, although I did hear the rejoicing in Gaza and other parts of Palestinian society in Judea and Samaria,” said Netanyahu, referring to spontaneous celebrations that broke out in Palestinian communities as news of the deadly attack spread.

“It only reminds us whom and what we are dealing with.”

Nonetheless, Netanyahu expressed a determined effort on the part of Israelis to continue living the day-to-day routine.

“They will not overwhelm us,” said Netanyahu. “I can even see that life around us is back on track.” 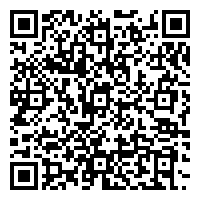