Danon, who had returned from a whirlwind trip to Israel with U.N Secretary-General Ban Ki-moon just hours before the speech, listened patiently to the two speakers that preceded him, UN Deputy Secretary-General Jan Eliasson and Palestinian Authority Foreign Minister Riad Al-Malki, who chalked up the violence that is seizing Israel to a lack of job opportunities due to the “stifling and humiliating occupation”, and to the “daily attacks on Al Aksa mosque”, respectively.


But Israel’s new kid on the UN block didn’t seem to be having it. Ambassador Danon appeared anything but jet-lagged when he took the microphone after Mr. Al-Malki and announced his purpose here today – to carry out a “sacred duty and represent the people and the State of Israel before the nations of the world”.

Danon then evoked his inner ping pong player and proceeded to return each verbal volley that had been lobbed Israel’s way. Regarding a French initiative to consider stationing International observers on the Temple Mount, Danon declared that “no nation represented in this chamber would accept the presence of international forces in their capital”. He turned and patiently explained to the French representative, “We know that your country wants to see peace in our region. We want peace too. But the only way to peace is through direct talks between the parties.”

Danon faced the Council. “Let me make one thing clear. This is not a cycle of violence. These are simply unprovoked attacks against Israelis. Like any country, Israel has the right and the obligation to defend its citizens.

He looked at Mr. Elliason.

“Mr President, In Israel people are now afraid to stop for coffee on the way to work, or to get on a bus. Mothers and fathers worry that their children could be knifed to death when they leave the house, and children worry their parents won’t make it home”.

“Israelis walking through their own neighborhoods are constantly looking over their shoulders for [those] using rifles and rocks, butcher knives, screwdrivers, and even two ton vehicles to shed the blood of innocents”.

Danon paused, looked around the room and said, “This is the very meaning, the definition, of Terror.

“An entire generation of Palestinian youth is being brainwashed with bigotry, to glorify violence, to dehumanize Jews”, he warned the council, and described what’s been trending lately on Palestinian social media: vicious cartoons showing brutal killings of Israelis, instructional videos on committing a terror attacks efficiently way, and even an animated clip of the murder of Eitam and Na’ama Henkin – Israeli parents who were killed in front of their children, where a special effort was made to show the fear and terror in the eyes of the Henkin children who were sitting in the back seat of their car as they watched their parents being murdered.

Ambassador Danon again looked around the room. “The place where the status quo needs to change is not at the Temple Mount. The place where status quo needs to change is here at the UN. If the UN is truly interested in calming tensions and bringing peace to the region, it must change its default settings. The UN must end its usual practice of calling on both sides to show restraint, and state clearly: there is one side that is instigating a wave of terror”.

Danon and his delegation, not member nations of the Council, exited the Security Council chamber to the infamous media stakeout point outside the chamber where Danon made a brief statement reiterating his speech. He took three questions from reporters, including one from JewishPress.com asking how the Israeli government is planning to deal with a particularly worrisome development – the Israeli ID card carrying Arab citizens of Israel who have been responsible for some of the recent attacks, while his staff passed out pamphlets with specific examples of incitement from schools and Social Media. 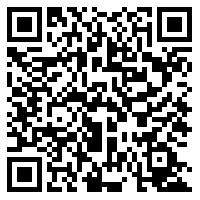