A Norwegian sociologist who pioneered the discipline of peace studies and conflict resolution made anti-Semitic and anti-Israel statements during a public lecture and in an article.

Johan Galtung, called the “father of peace studies,” also made anti-Semitic and anti-Israel remarks in an email interview with Haaretz.


Galtung claimed that there is a possible connection between Anders Behring Breivik, the anti-Muslim Norwegian terrorist who massacred 77 people, mostly children, last summer and Israel’s Mossad; he said he believes the Mossad might have given Breivik his orders.

The speech was made last Sept. 30, and a critical article about the speech, as well as several written exchanges between Galtung and the author, were reprinted last week in the Humanist magazine.

Galtung wrote in one of the exchanges, according to Haaretz, that Jews control the American media. “Six Jewish companies control 96% of the media,” he wrote, including the names of journalists, publishers, TV networks and movie studios that he claims are controlled by Jews.

He also wrote that “seventy percent of the professors at the 20 most important American universities are Jewish.”

Galtung recommended that people read  the anti-Semitic screed “The Protocols of the Elders of Zion” and said that “It is impossible to do so today without thinking of Goldman Sachs,” the international investment bank founded and run by Jews. 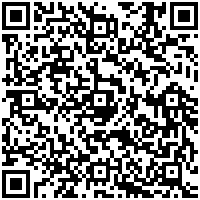