The New York Board of Health on Thursday voted 9-0 to require parents to sign a consent form in order for a mohel – ritual circumciser – to use direct oral-genital suction, known as metzitzah b’peh. The form would indicate that parents are aware of the risk of infection.


The health department’s vote represents the culmination of a year of debate surrounding the practice, which was sparked by the death of an infant in Brooklyn last September and the subsequent revelation that a mohel who performed the ritual on the infant had tested positive for herpes.

Agudath Israel of America reportedly is planning to sue the city of New York over the requirement. Some 200 Haredi rabbis in New York signed a statement last week accusing the health department of “spreading lies” in order to pass the waiver measure.

The Rabbinical Council of America stated:

Many Jewish legal authorities have ruled that direct oral suction is not an integral part of the circumcision ritual, and therefore advocate the use of a sterile tube to preclude any risk of infection. The RCA has gone on record as accepting the position of those authorities. Nevertheless, the RCA respects the convictions and sensitivities of those in the Orthodox Jewish community who disagree with this ruling and joins in their deep concern about government regulation of religious practices. The RCA urges these groups to voluntarily develop procedures to effectively prevent the unintended spread of infection.

The RCA supports the recent call of the Agudath Israel of America to New York Mayor Michael Bloomberg and the New York Health Department that, instead of unilaterally imposing regulations, they collaborate with Orthodox Jewish leadership to develop protocols to address health concerns. 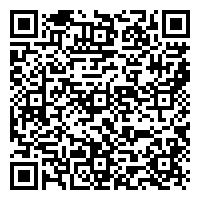