Warren Weinstein, 71, is an American aid worker who was kidnapped more than a year ago in Pakistan. Now he is asking Israeli Prime Minister Benjamin Netanyahu for help in his release by acquiescing to al-Qaeda’s demands.

In a video released by Weinstein’s kidnappers on Wednesday, he says that U.S. President Barack Obama and the American government “have shown no interest in my case,” and appeals to Netanyahu for help “as one Jew to another.”


Weinstein does not say what the demands are, but in the past al-Qaeda’s conditions for his release included the freeing of terrorist and stopping U.S. air strikes.

It is not clear, however, how Netanyahu would go about ending those strikes or about releasing terrorists not held in Israel.

In the video, posted on the Internet by al-Qaeda’s media arm, Al-Sahab (it opens with its logo), Weinstein is wearing a white T-shirt, sitting in front of a camouflage background.

Weinstein was kidnapped in August, 2011, Lahore, Pakistan, by gunmen who broke into his home. He was the Pakistan director of J.E. Austin Associates, a U.S.-based firm consulting Pakistani business and government concerns.

Al-Qaeda’s earlier video, released last December, demanded the U.S. stop its air strikes in Afghanistan, Pakistan, Somalia and Yemen, and release all al-Qaeda and Taliban terrorists around the world, in return for Weinstein’s release.

In a video released last May, Weinstein reiterated that he would be killed if President Obama didn’t agree to those demands. 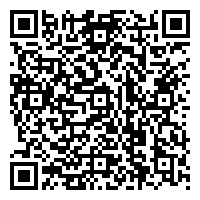